I returned to my grandparents' house a month ago to reclaim a very special box from the basement, where I had been storing it while I was in grad school.

This very special box contained a very special game console and ten games for it. This console was called a Vectrex, and it was one of my favorite consoles ever, probably due to memories of playing it when I was five or six.

Here's a picture of one. That screen over the top of it clips into place (and a different one is included with every game). The console's built-in monitor is a single-color vector display, hence the name of the console. 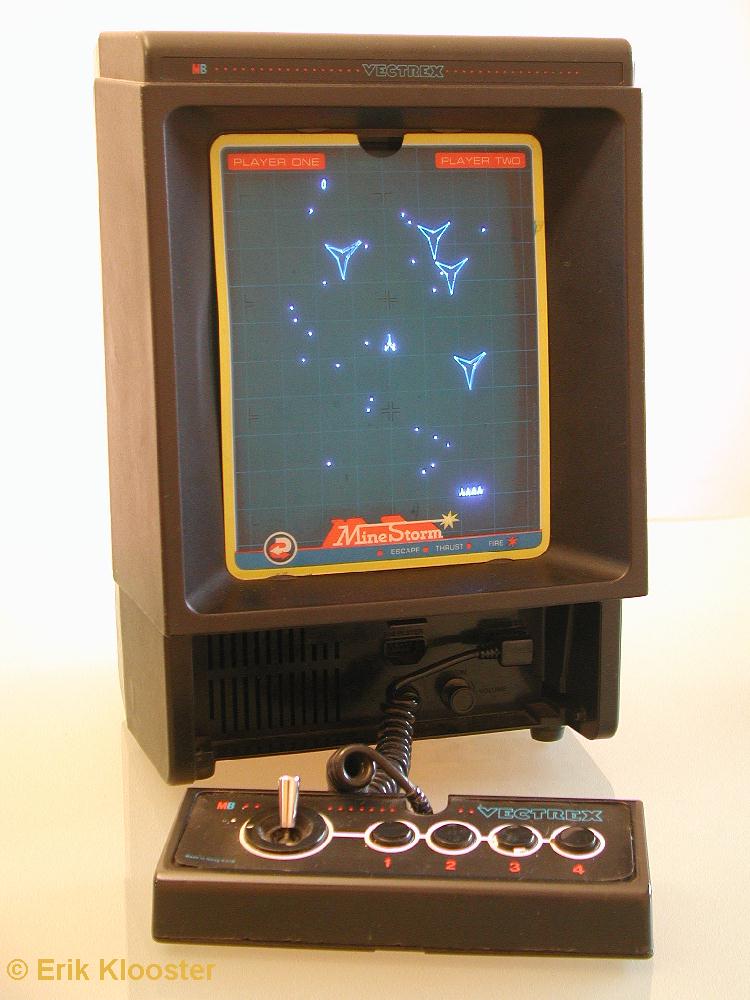 The box also held an SNES and a front-loading NES, a large-form Sega Genesis, and a back-lit Pac-Man portable unit of unknown origin that I had salvaged from a landfill.

The box had been thrown out in a basement cleaning sometime in the last two years.


Did anyone else own one of these? What was your favorite game? The included Minestorm game was great, but I was also a huge fan of Armor Attack.

hA, they've made a typo on their site, it states 1,6MHz, ofcourse that should be GHz,

who would play graphic games on a 1,6 MHz

running for a couch to hide

Gaaah at remote linking. It showed up for meeee!

(It's a big picture of the one on the other link.)

(It was also an excuse to christen this forum with an ancient, rare video game system.)

Users browsing this forum: No registered users and 1 guest